Hack Club is a worldwide network of high school coding clubs founded in 2014 by Zach Latta when he was in high school. Growing up, he had an avid interest in computers and coding but the schools he attended didn’t offer any classes in those subjects. Not only did this leave him seeking out the knowledge on his own, but he didn’t have a community of peers who also shared the same passion.

Today, 60% of high schools still don't have coding classes. Hack Club aims to be the resource for students interested in computer science and give them a community where they can extend their coding skills and knowledge.

Hack Club is comprised of 3 parts:

1. Student-led, after school hacker clubs (in 2% of all US high schools and 122 countries).

2. All the clubs are networked. What differentiates Hack Club is that every club is connected through Slack–there’s 10k members in it with over 1 million messages sent every year.

3. Similar to other high school teams, there are regional, statewide, and national competitions—hackathons. Again, the hackathons are all student-led, everything from fundraising to securing a venue.

Ultimately, Hack Club wants to be an institution that equips young people not only with the skills but also the mindset and culture to build a better world.

Reinventing an after school program

When the pandemic happened, being a school-based program, all of Hack Club’s activities ground to a halt. After cancelling all their events, Zach looked at what other nonprofits in their space were doing and saw that most were taking their in-person activities and doing them over Zoom. But there was something about this that didn’t sit right with him and his team. “Obviously, the best experiences in person are going to be different than the best experiences on the internet,” said Zach.

They knew they wanted to create an online summer program that wasn’t just a summer camp put online. So he and his team started to experiment with what might create the best version of an online experience. They first started with hosting AMAs with guest speakers and saw the value in video interactions.

Zach and the team also reflected back on what helped them be successful when they first learned how to code. “Something we kept coming back to was the importance of showing up everyday. It’s not as much about all the concepts you have to learn but consistently putting in the hours. Something we did was force ourselves to write code every single day.”

When implementing video is easier than images

This is how the Hack Club team came up with their Summer of Making program. Students pick something to do, whether it’s coding, an art project, or running, and post daily updates on their progress. To document that progress, they also created the Summer Scrapbook, an app that creates a lasting artifact for all the images and videos students post. 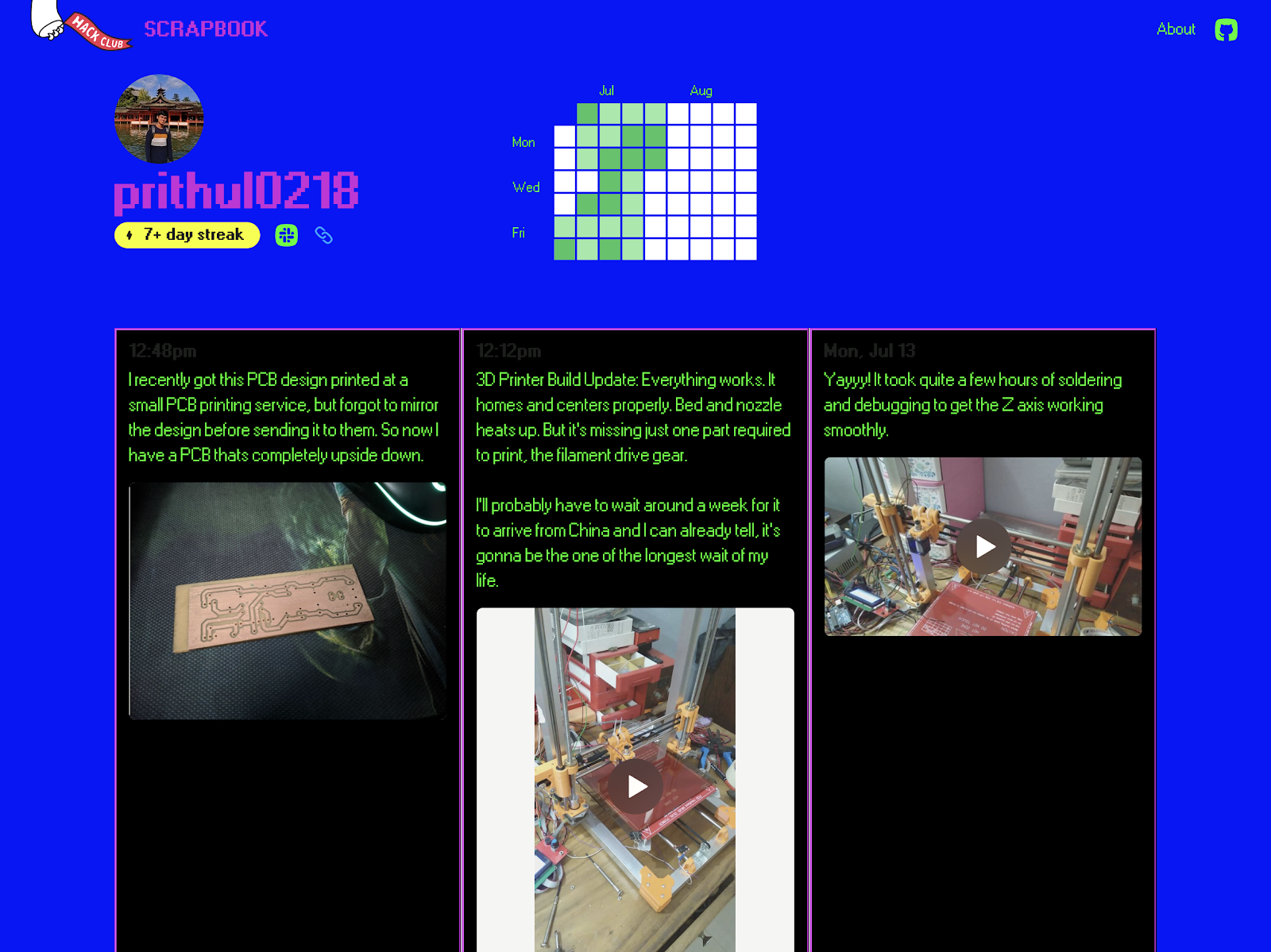 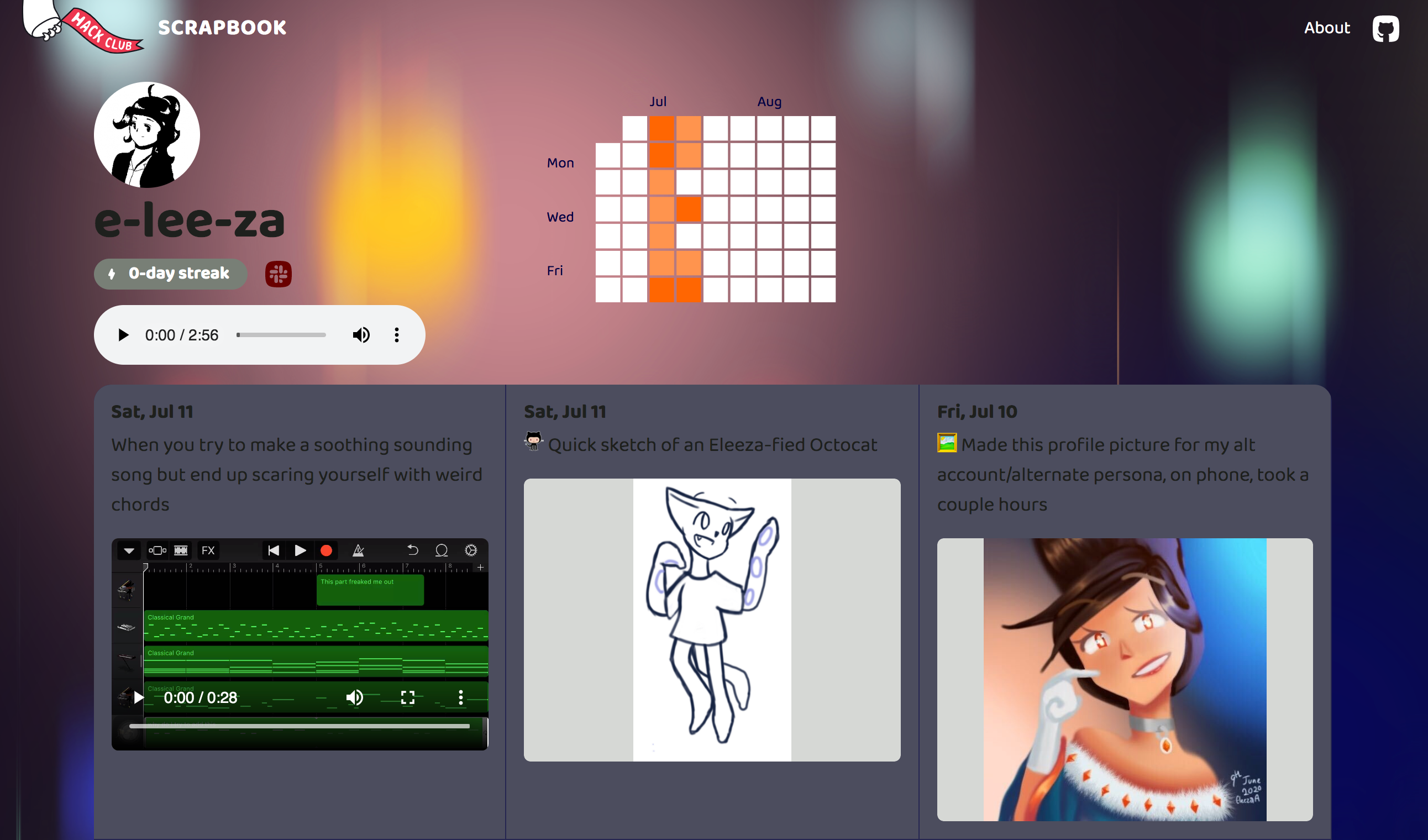 “Building super quickly was critical, so we made the entire backend powered by Airtable. So when a student posts in Slack, it transfers the text & attachments into Airtable,” said Lachlan Campbell, Head of Storytelling at Hack Club. “However, loading the video files was really slow–enough to make folks not want to play any videos on the site. We needed something where it’d make video super fluid.”

Zach found Mux and “Literally in 15 minutes, I had a demo working where you hover over and the video starts playing. It's crazy to think that for something as important as video, you have to be like Google or YouTube to be able to make an experience that's compelling. It felt like Mux gave me superpowers.”

“As far as implementation goes, I spent more time integrating images. Integrating a great video experience was the easiest part of building this website. Mux was flawless,” said Lachlan.

Four weeks into their summer program and the Summer Scrapbook has over 2k posts from 500 teenagers.

“From the outside, we’re about the code but really we're about the people,” said Zach. “What’s so powerful about video is that it suddenly makes all these faces you see online feel like people. When you see a video of someone, you feel like you’re getting a little slice of their life.”

No credit card to start. $20 in free credit when you're ready.